Bring a life to a gun and bring up a person.
"Master" who inherits the tradition of Miroku

We must deliver 120% satisfaction to customers.

He works on the details that can not be machined by machines, and we will form and assemble finely with a file while looking at the drawings of each cut-out part. Kawazoe, who is entrusted with "B15" , which is a strict standard even among high-grade guns, is proud of that he has been involved in the task of making a "gun" as a child, and does not compromise I'm making a product.

Miroku's high-grade guns take 2-3 months to make one. It's a special gun that takes five to six times as much time as a regular gun. Align with the minimum clearance of the range by the tolerance. The machine part which can be unseen from the finished gun is finished to mirror surface one by one, and it is given chrome plating and has a strong product, etc., and has a reputation for the finish which is not ashamed as a high grade gun. That commitment is a masterpiece that each and every craftsman is proud to work on.

He says, "All products are the same, but especially high-grade guns have to deliver 120% satisfaction to customers."

Learn the finishing, polishing, assembling, coloring, all the process

Kawasoe first knew Miroku when he came to Miroku's factory during a high school social study tour. It was the first time H saw a real gun and the craftsmen who made it, and He was impressed that "A job like this exists!" Joining Miroku from there became a dream for the future.

25 years of service since joining a company. Initially assigned to the rifle's hoof. Became a machining operator for the barrel and engine department. Three and a half years later, He moved from process of finishing, polishing, coloring, and assembling while he learned the craftman ship.

"We learned the logic, practiced it one by one until the body learned it at the same time, and learned the technology. Looking back now, if you are concentrating on one task or not thinking about the whole process someday you will have a habit of working It was a great pleasure to gain experience as I went through the entire process, I appreciate that my boss thought and studied until my next career, and I would like to meet those expectations. I think" 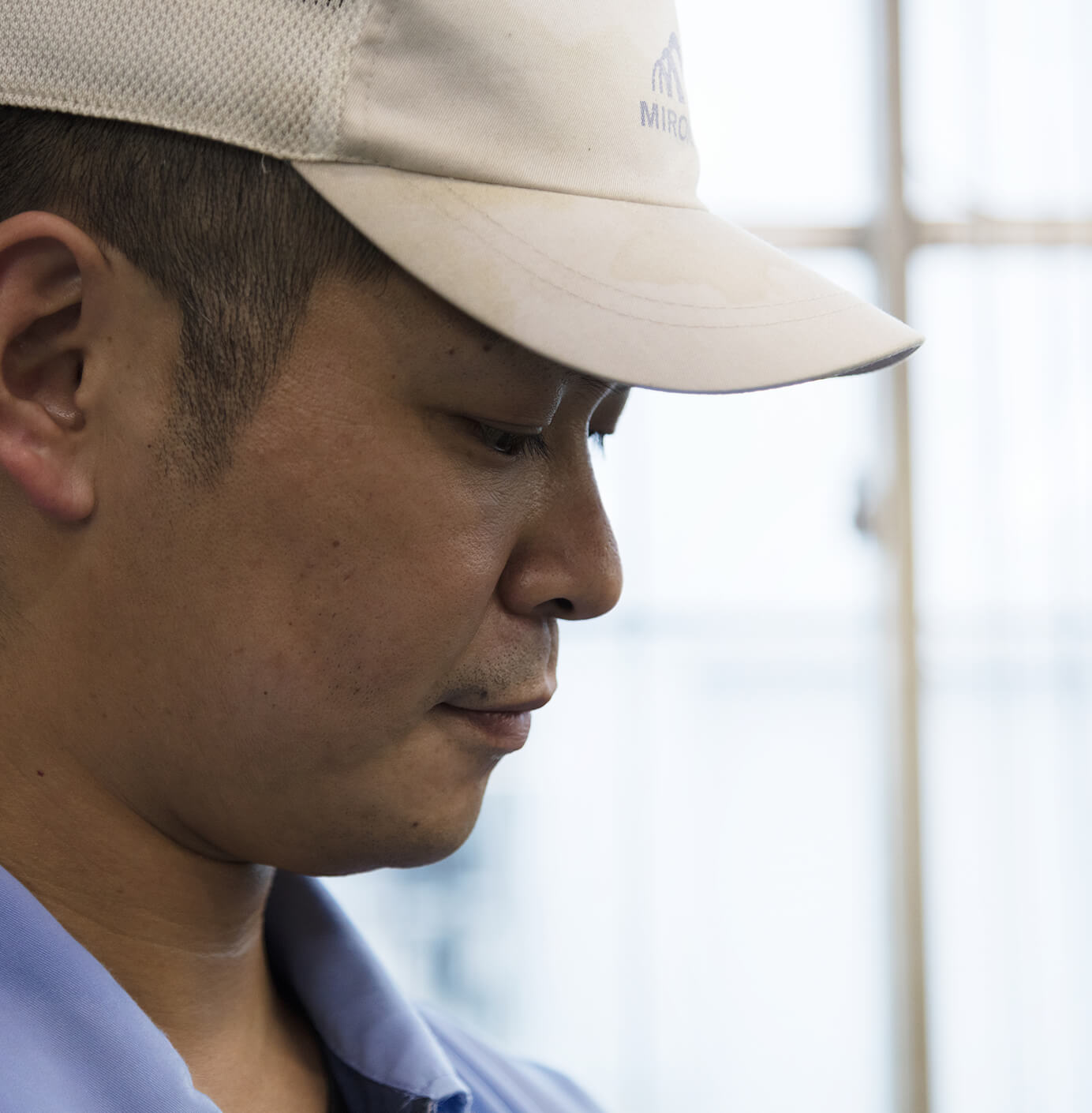 Kawagoe, who is called "the master of finishing", is respected by his juniors and colleagues, but he says he can not forget that he had built the gun for the first time.

"It is a custom gun called" SP 109 "which I will not forget." He made it while asking the senior for the first one, but from 2nd one to do it by himself. For the first time experience of making a high-grade gun alone. His heart was almost broken, but it took him a long time, but he was able to manage it somehow, and the sense of accomplishment and pride at that time was something he had not felt in his previous work. "You may not get away from this job just because you have a feeling. "

Originally, mere metal, the parts are assembled, and the joy of the moment when the life named "gun" lights up is a boon to those who did the work of manufacturing. In order to experience that sense of fulfillment, we need the ability to continuously accumulate technology and knowledge tomorrow and tomorrow and tomorrow. "Takumi" is not called because they are skilled in technology, but may be a title called with all of their way of life. 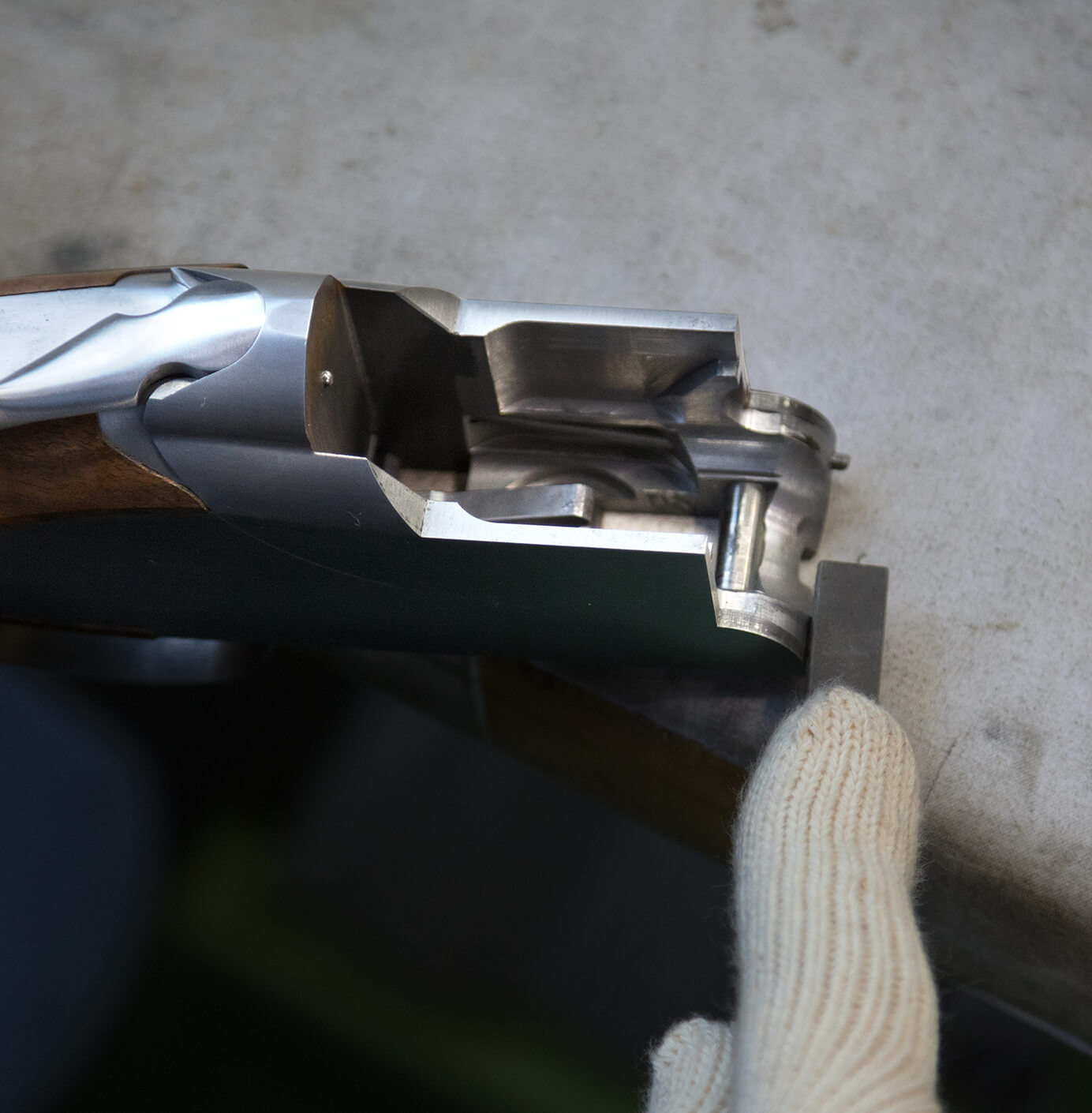 To catch up with the predecessors someday

Kawazoe has a senior he wants to be like. The person who was the chief officer before joining the company returned to the scene as a contractor after his retirement once, and is now fostering the future.

"Even now, he is a craftsman with a tremendous skill so that neither technology nor knowledge can be obtained at all. Now it is aimed at how to catch up and overtake the future people"

A "craftsman" is a person who can sublime his knowledge and skills into the movement of his hands. Furthermore, "takumi" is not only that but also humanity. If you think of "growing people," that is also true. The fact that there is a "real master" near you that you want to follow involuntarily involuntarily, to become an example. It can be said that the secret of the Miroku tradition is uninterrupted.